Sadly, most of us know that on April 15, 2013, improvised bombs near the finish line of the Boston Marathon created havoc, killed three people, injured hundreds, and shattered a day traditionally filled with joy and camaraderie. Although the bombing immediately shattered the celebration, it sparked an outpouring of extraordinary work and the city of Boston set an example for the rest of the world by proving that even a heart-breaking tragedy cannot tear it apart. One year later, Boston is once again ready to host this year’s marathon on April 21st, Patriots' Day, with the same zeal and enthusiasm. We should salute them for showing strength, resilience, and even defiance in the wake of the attack.
Lately I've been researching about this unique marathon race - here are some of the interesting tidbits I found out. 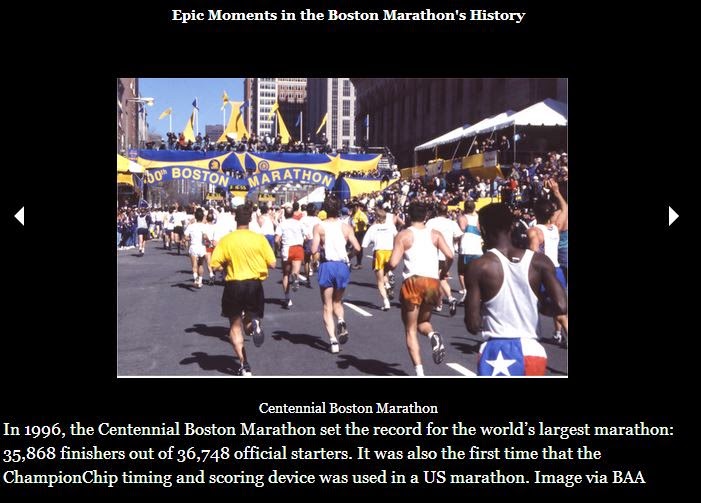