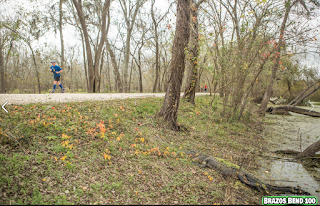 I am training for a marathon – the Chevron Houston on Jan 17th. I would like to beat my time from last year- although this wish does not look very promising. Nevertheless, I am training hard by my standards. To keep myself on edge, I decided to participate in a trail running event in December of this year in Brazos Bend state park in Texas.  It was only a half marathon, so I was fairly confident in my ability to complete the race. 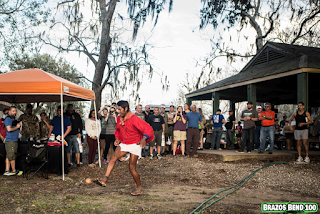 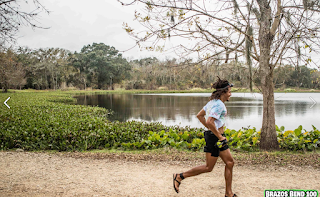 Thankfully, the race was to begin at 8am, so that gave me sufficient time to reach the park an hour before- as advised by the organizers. Contrary to my expectations, the starting line looked a bit dull compared to my previous races. No lights, no loud music- nothing. There was no trace of any booths, branded sponsors or bands to cheer on the runners. The number of runners was also minimal-in hundreds not thousands unlike my previous races in various cities. Suddenly, I noticed a herd of people going after a couple of runners who were in just slippers not even shoes. Oh my god! Are they Tarahumara, I thought? Yes, indeed they were the world renowned Tarahumara runners who were in the state park to compete in 100 miles race. I felt like this was a dream come true. I was witnessing the best running moment of my life. The heroes of my favorite book – Born to run” were right in front of me. They were running with me on the same trail, Unbelievable! My trail running experience suddenly started to turn into a life time moment. 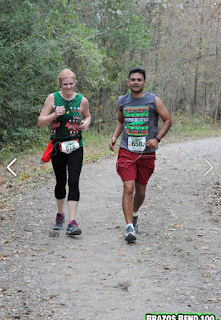 I was there to run my half marathon in the same park and on the same trail. The main difference was that I only had to make one round of the park, while the 100-milers were to make over 6 rounds! The race started and I felt fully charged. Little did I know that trail running is so much different and tougher then city running where you can run on an even track with crowd encouragement the entire time and with a supply of energy drinks and aid stations a mile or two apart. In the park, it was a different story altogether, the first aid station was at 2 miles but the next one was at the eighth mile. Boy, that was hard – I made the mistake of not carrying any water and almost fainted from dehydration. After a few miles the terrain changed into sticky and slippery ground where running or even jogging was impossible. Runners were jogging, rather walking on logs to cross the alligator ridden park. You had to push yourselves to the limit to cross those hurdles. When I looked around I did not see big group of fancy and pretty faces around, all of them were seasoned and hard core runners. Of course, some of them were ultra-marathoners who were galloping bare chest with only water in their hand. What an exciting feeling! At the same time it was scary to find myself in the middle of this difficult trail with all “pros”. The people who live and die for running. At the 11th mile decided to walk down the race, I heard one call – hey, don’t stop, you can do it. That was a woman in her 50s, running her 7th trail marathon. I just got a pacer for the rest of my race. I finished the race with her with a timing of 2.19.I would rate this to be one of my best races for years to come. It is the one race that took my adrenaline to the highest possible level, elated me with the excitement of running with ultra-marathoners and the Tarahumara, running through alligator’s alleys and at the same time took my endurance level to the highest point. 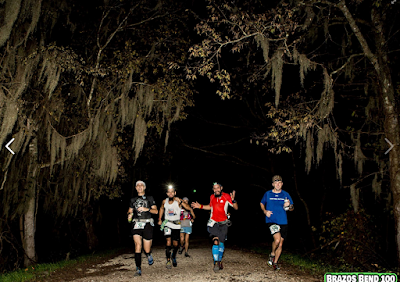 I love trail running now! I would suggest that all fit Indian runners should try it at least once to feel the intensity of original and high class running without fanfare.
Posted by sanjeev s at 4:29 PM No comments: